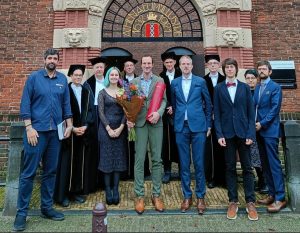 PhD student Eleanor Trimby explains our latest results on the ups and downs of buffer gas cooling of trapped ions :

March 2022: Chemical reactions between a trapped ion and molecules detected

December 2021: Our group proposes a new method for quantum computing in trapped ions

February 2020: The first atom-ion mixture cooled to the quantum regime 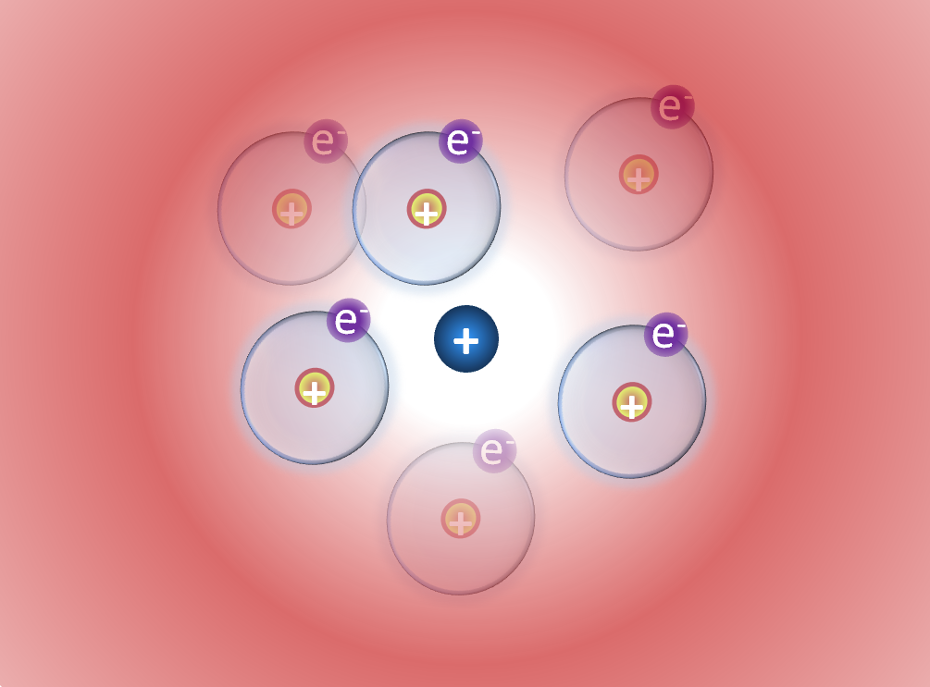 In the group Hybrid atom-ion quantum systems, we study the quantum physics of interacting atom and ions.

Ultracold atom-ion mixtures
Experiments with ultracold atoms and ions allow us to study quantum phenomena in the laboratory, such as Bose-Einstein condensation, quantum entanglement and quantum phase transitions. Although a lot of work has been done on the systems of ions and atoms separately, combining the two and studying their interactions in the quantum regime is a relatively new field [1-3]. In our experiment, we study the interactions between Yb+ ions and an ultracold gas of fermionic Li atoms. Our experiment combines two species of atoms and ions that have a very large mass ratio (~29). It has been shown theoretically [4] that such a combination should allow reaching lower temperatures such that quantum phenomena can be studied. In 2019, we have observed interactions between a trapped ion and a cloud of atoms at a temperature where quantum effects start to dominate [5]. To tune the interactions between atoms and ions, we can make use of lasers that promote the atoms to high lying Rydberg states which have a much larger polarizability then ground state atoms and are therefore interacting much more strongly with the ions. We have observed interactions between Rydberg atoms and ion in 2018 [6]. 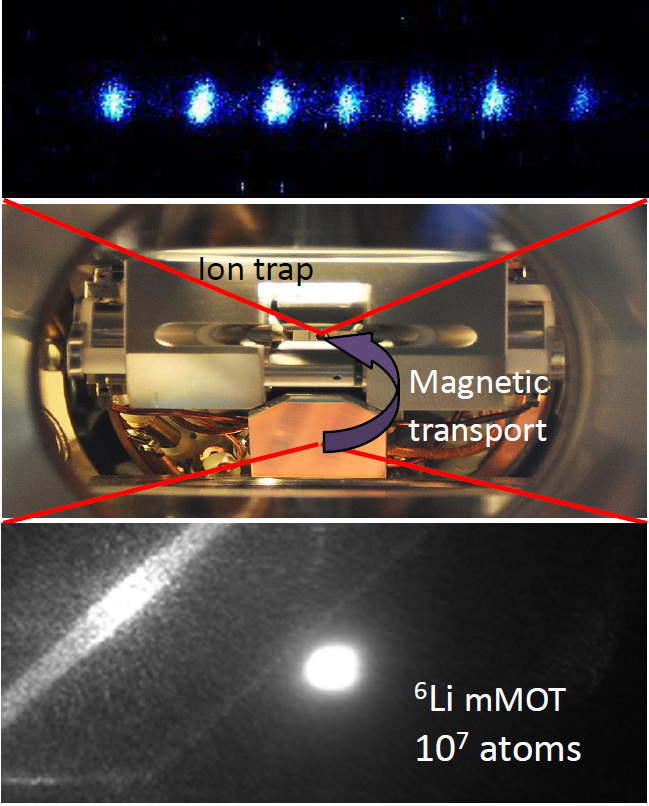 Figure: In our experimental setup, we trap crystals of Yb+ ions (top) in a Paul trap (middle). An atomic cloud is prepared a few cm away from the ions in a magneto-optical trap. Next we transport the atoms up by switching magnetic fields and let the atoms interact with the ions. In the near future, we will upgrade our atom trap to a purely optical one, allowing us to reach much lower temperatures.

The key to quantum technology is to gain control over materials at the quantum level. The system that has reached the highest level of quantum control is without doubt ions in Paul traps. Two-qubit quantum gates have been demonstrated with errors below 0.1% [7,8] and quantum simulators containing up to 53 ions [9] have been reported.

The scheme uses optical tweezers that will be generated with spatial light-modulators and acousto-optical deflectors. The tweezers pin down individual ions in the crystal. Remarkably, pinning one ion changes the soundwave spectrum of the whole crystal due to the Coulomb interactions [11]. In this way, we can engineer the soundwave spectrum such that the resulting qubit interactions match the ones desired. The scheme could allow the single step implementation of the N-qubit Toffoli gate, an important gate in quantum error correction [12]. The idea is particularly promising for quantum simulation in 2-dimensional ion crystals. As a prominent example, we showed in theory [13] that the technique allows to quantum simulate a Hamiltonian that supports a spin liquid ground state in the thermodynamic limit. 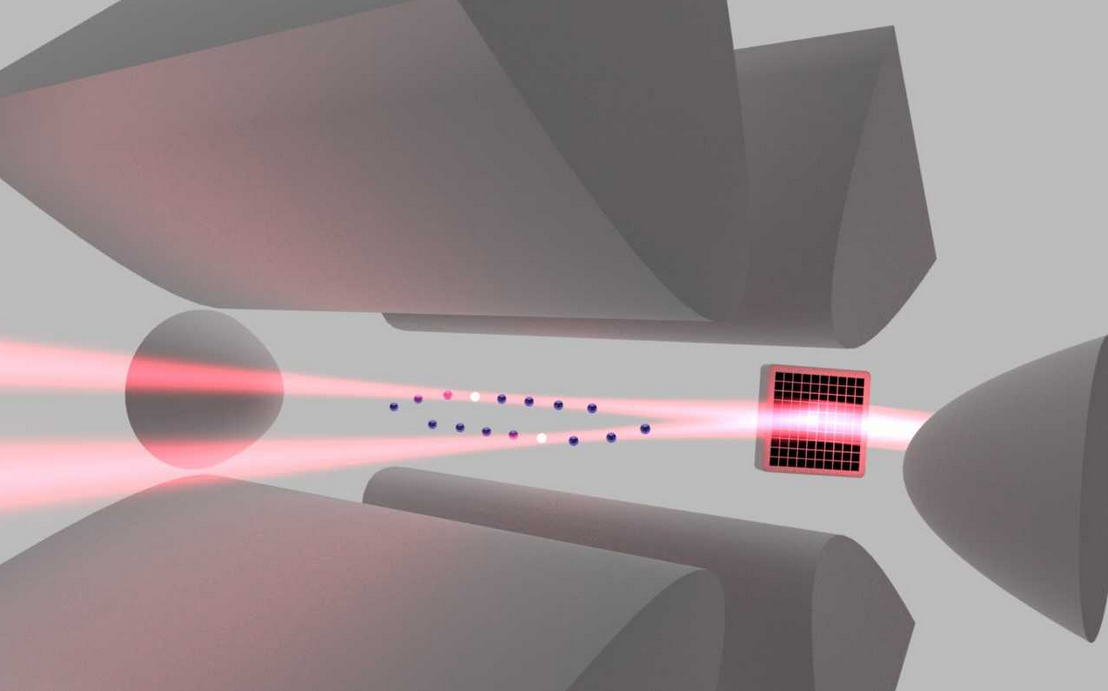 Figure: A two-dimensional ion crystal is held in a Paul trap, with each ion encoding a qubit. Optical tweezers allow for engineering the soundwave modes in the crystal, and thereby the interaction between the qubits.

Our funding is provided by the European Research Counsil via the ERC Starting Grant Hybrid atom-ion Quantum Systems and the Dutch Science Foundation via a Vici grant, a Startup grant, a Projectruimte grant, and the Vrije Programma  Atomic Quantum Simulators 2.0.